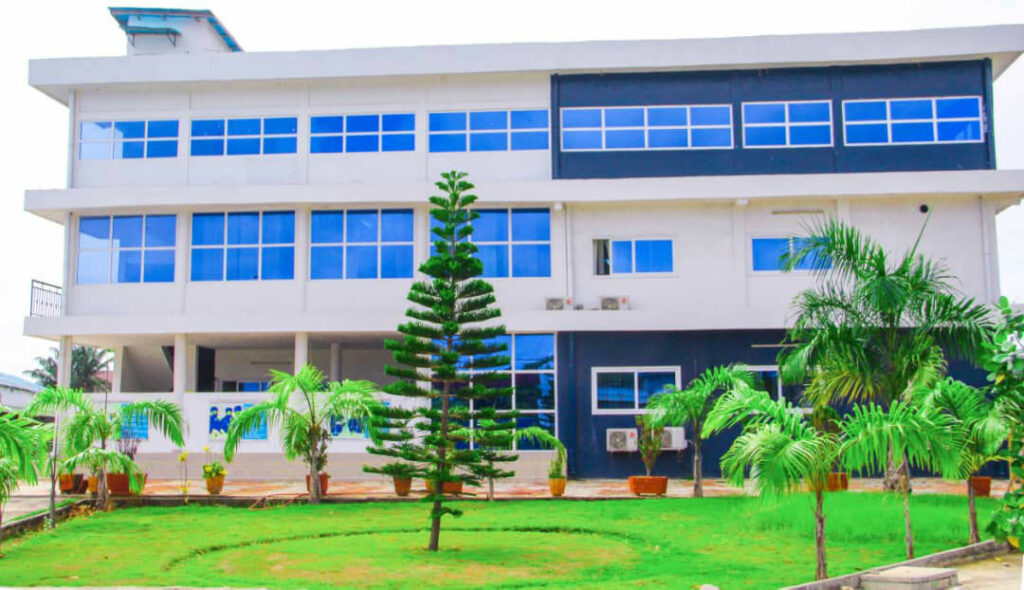 The interregional University of industrial engineering, biotechnologies and applied sciences – or IRGIB Africa University for short – is the model of a modern university that aims to combine theory and practice in the industrial world of engineering. The university in Benin is conducted bilingual and connects the English speaking and the French speaking areas of Africa.

In 2016, IRGIB Africa University had around 1.300 students with 16 different nationalities, 63% of whom were female. In addition to Bachelor's and Master's degrees, it has also been possible to to a Ph.D. there since 2015.

The main objective of the university is to train highly qualified workers in advanced science in sub-Saharan Africa. Due to the University's special technical equipment, it is not only used independently for research purposes, but also by other regional education institutions. The Motto of the IRGIB Africa shows the aspiration to fight against the underdevelopment of Africa through education.

In the Corona pandemic, the University's expertise was instrumental in providing hand sanitizers to the African population.

IRGIB Africa University, whose headquarters are in the Republic of Benin, is using cooperation with ACCESS to tackle youth unemployment. The employability of the more than 100,000 annual graduates should be increased, as well as their entrepreneurial skills, so that they can contribute their part to the economic development of the country.

The university hopes to contribute to the development of new teaching methods that enable and promote innovation and entrepreneurship in order to boost Benin's economy.

Let's change something today. For a better tomorrow.